The Terrible Sin of Telling the Truth 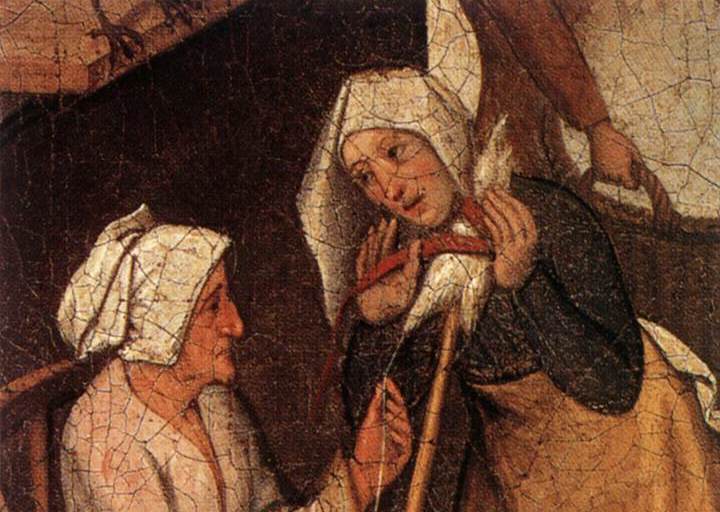 While most of us know we’re supposed to watch what we say, a lot of haven’t yet realized that there are times when it’s a dreadful sin to tell the truth.

What am I talking about? Well, in traditional Catholic teaching, the two big sins of the tongue are calumny and detraction.

And while calumny sounds like some kind of creamy, organic, age-defying lotion, it’s essentially telling a lie about someone. You damage someone’s reputation by saying they committed some crime or have a fault of which they are innocent.

That’s when we damage someone’s reputation by revealing some fault or some crime they committed that actually happened.

In other words, we’re telling the truth.

But here’s the problem. If the other person to whom we’re revealing this truth doesn’t really have a right to know about this fault or crime, we’ve just committed a sin. Why? Because as with calumny, we’ve damaged their reputation and committed an offense “against the virtues of justice and charity” (CCC 2479).

Of course, there are obviously times when faults and crimes need to be exposed. Let’s be very clear about this.

It would be ludicrous to say we’re supposed to keep our mouths shut when someone needs to be made aware of something that affects them directly. In fact, there are times when it would be a sin to not say something.

(We’ve all seen the dreadful effects of fearful or complicit silence.)

But the reality is that much of what is said should never have been uttered. (Can I get an “Amen” from Youtube?)

That’s why St. James declares, “Those who consider themselves religious and yet do not keep a tight rein on their tongues deceive themselves, and their religion is worthless” (James 1:26).

(Yes, my teeth are chattering, too.)

One of the reasons detraction is such a devious sin is that since we’re telling the truth, it’s easy for us to rationalize. It’s easy to convince ourselves that what we’re doing is okay and others “need to know” what we know, when that really isn’t the case.

Obviously this involves some discernment.

And while each situation is different, the Catechism gives us a good starting point. Couched between the paragraphs directly addressing calumny and detraction is a powerful statement that might be one of the hardest lessons to learn with regard to the spiritual life:

“To avoid rash judgment, everyone should be careful to interpret insofar as possible his neighbor’s thoughts, words, and deeds, in a favorable way” (CCC 2478). It then quotes St. Ignatius of Loyola:

“But if he cannot do so, let him ask how the other understands it. And if the latter understands it badly, let the former correct him with love. If that does not suffice, let the Christian try all suitable ways to bring the other to a correct interpretation so that he may be saved” (Spiritual Exercises 22).

No doubt it takes a fair amount of grace (and mortification) to help us not engage in these devilish sins.

Yet we have to stop…even for the sake of the person with whom we’re sharing our little secret.

St. Francis de Sales says that in detracting, we’re not just committing personal sin. We’re killing the soul of the person to whom we’re speaking, as well.

“The detractor, by one blow of his tongue, commonly commits three murders; he kills his own soul, and the soul of him who listens, and by a spiritual homicide takes away the civil life of the person whom he slanders; for as St. Bernard says, both he who detracts, and he who hearkens to the detractor, they have each the devil about them; the one has him in his tongue, and the other in his ear.” (Introduction to the Devout Life ch. XXIX)

“But Matthew,” you’re thinking, “won’t a lot of people get away with stuff they shouldn’t? People need to know!”

Again, there are certainly times when we need to blow the whistle and shed light on the darkness of evil. Injustice of every kind needs to be exposed and fought.

But we have to do it the right way.

What we don’t want to do is allow that other person’s sin to become the occasion for our own.

Seriously, how often has our detraction or gossip actually stopped someone from sinning? Has it ever?

Why in the world would we allow that other person’s sin to lower our own standing with God? All we’re doing is shooting ourselves in the spiritual foot.

Besides, never forget that at the end of the day, we have to remember that God knows every single thing happening in the world.

He knows every injustice, every sin, every evil. And while we like to put ourselves in the role of judge, jury, and executioner, that’s really his domain.

We have to trust that he’s going deal with it, especially in situations where we have no real power to do anything.

Trust me, nobody gets away with sin. “Nothing is covered that will not be revealed” (Matthew 10:26).

And while it very often is exposed in the here and now, everything…and I mean everything, is going to come out in the final wash.

So what should we do in the meantime?

Most of the time (i.e. when we don’t have the ability to actually right a wrong), the best thing is to pray. Lift the sinner up to the Lord.

Even if that person damaged us directly, Christ says, “Love your enemies and pray for those who persecute you,” (Matthew 5:44).

Yes, it’s incredibly hard to do. Yes, it grates against everything inside of us.

But even a little prayer for our enemy eked out between clenched teeth affects more than we realize.

Why? Because we’re wielding the grace of God, which is more powerful than anything on earth (including our tongues).

And let’s not forget that at the end of the day, the goal isn’t justice, so to speak, it’s redemption. We should pray for the salvation of ourselves and for those committing the evil of which we’re aware.

That’s the very best kind of talking we can ever do.

So let’s do our best to promote a little more peace and harmony in the world through our speech. In so doing, a great number of souls will be in less eternal danger.

“He who could deliver the world from detraction,” says de Sales, “would free it from a great part of the sins of iniquity.”

PrevPreviousAre We Placing Mass Restrictions on Ourselves?
NextThe Powerful Battle Plan to Bring Family & Friends Back to ChurchNext