The Biggest Obstacle To Spiritual Growth You’ve Never Heard Of

I’ve got one. You’ve got one. We’ve all got one, but we don’t like to talk about it…if we even know it exists. 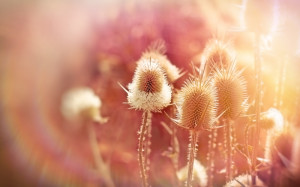 What am I talking about? Your Predominant Fault. “My what?” you exclaim. You heard me…or rather you heard one of the greatest spiritual theologians of the 20th century, Fr. Garrigou-Lagrange, O.P.

Even in a state of grace, each of us possesses a particular fault that is stronger than the rest. Maybe it’s lack of patience, fierce anger, deadly lust, admiration of skinny jeans…whatever. Regardless of its identity, the predominant fault is a stone cold killer of the spiritual life.

Grace in the soul tends to start by perfecting what is good in us. For example, if you’re already patient, grace gives you the ability to even endure a 3 hour long elementary school Christmas concert. From there, says Fr. Lagrange, that grace radiates out to what is, shall we say, “less good”, in us. It starts to work more on our natural weaknesses and faults.

You can have the best-looking grass on the block and in mere days one dandelion seed from your neighbor’s Mutual of Omaha’s Wild Kingdom yard can cause disaster. Suddenly you’re in a sea of yellow. All lawn and garden prowess is rendered nil and dandelion “bouquets” begin appearing on your dining room table, courtesy of your children.

It’s not all because of you or your neighbor, of course.

The Devil is the anti-gardener. Old “black thumb.” As Christ says in the Parable of the Sower, “The kingdom of heaven may be compared to a man who sowed good seed in his field; but while men were sleeping, his enemy came and sowed weeds among the wheat, and went away.” (Mt 13:24-25). And then the Evil One continues to come round like a renegade Chem-lawn guy, fertilizing the weeds so they can strangle and destroy the good plants.

While the predominant fault is incredibly deadly to the life of grace, few of us have identified it in ourselves. (Though for some reason we can easily and often identify it in others. Hmmm…)

Ironically, it’s often easier for earnest beginners in the spiritual life to discover and name their main fault than those more advanced in the ways of God. Those a little further along in the spiritual journey are sometimes quite adept at covering their faults with the facade of virtue. (“I’m not impatient! I just admire punctuality!” or “I’m not angry, just righteously indignant!”)

As I hope you’re beginning to understand, this is a really important topic. So in my next post, I’ll give you 6 ways to identify your predominant fault, as well as the three keys to crush it.

So that you can get started, though, I’m going to leave you with the first key to its identification. Number 1 is pretty much a “no-brainer.” The first thing to do is ask God to show to you your predominant fault. He’ll be faithful to do so, but it might not be enough. Not because of Him, mind you, but because of us. That’s where the rest of the keys come in. Stay tuned!

P.S. Don’t forget to grab a FREE copy of my guide to deeper prayer: “8 Ways To Jumpstart Your Prayer Life.” It’s simple wisdom from the saints designed to launch you to new heights of holiness.

PrevPrevious010: How To Share Your Faith With Anyone! – Terry Barber
Next011: Born Fundamentalist, Born Again Catholic – David CurrieNext