Did You Have a R-ASH Wednesday?

“I’m giving up all tv (except for March Madness), Facebook, and coffee is a thing of the past. 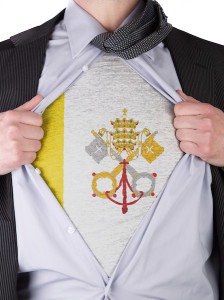 In fact, nothing edible will grace my gullet for forty days. And I’m going to read the entire Bible front to back in Hebrew and Greek while wearing a hair shirt that would bring Bigfoot to tears.”

Sound familiar? We’re all big talkers at the beginning of Lent, aren’t we?

We’re going to get really holy, get really in touch with our Lord’s sacrifice on the Cross. We’re strong enough! Who needs food! (It’s a scientific fact that most rash Lenten resolutions are made on a full stomach.)

So how’s it going? Uh-huh…thought so.

If you’ve struggled to keep up with your lenten resolutions just take a deep breath and relax. It’s hard to sacrifice. It’s meant to be hard.

And for those of us who bit off more than we could chew, it can be discouraging because we weren’t able to perfectly keep our promises. We failed!

But let’s keep a couple things in mind.

First of all, be realistic. If you’re trying to do too much, take a step back and get real. I’m not trying to get anyone off the hook, because the whole point is to be sacrificial and it’s never easy.

But at the same time, it would do us good to recall the famous line from Clint Eastwood’s Dirty Harry character in Magnum Force: “Man’s got to know his limitations…”

Second, the Lord is merciful. He’s not mad at you for failing. He might be chuckling at your inability to put down the Oreo and walk away, but he’s not mad. He’s the most merciful person in the world!

So if you’ve fallen a few times already, stand up and brush the Little Debbie crumbs off your pants. Then pick up your Lenten cross and start again…but maybe with one made from a little lighter wood. 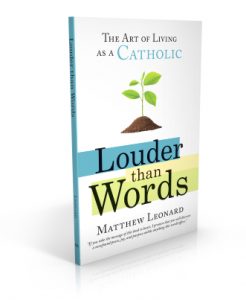 P.S. As a special Lenten gift, I’m giving you “Beer, Chocolate & Value-Added Suffering” for FREE. It’s chapter 5 of my book Louder Than Words: The Art of Living as a Catholic.

Click the image of the book or the link above and it will come right to your inbox. God bless!

PrevPrevious074: Taking Your Lent to the Next Level
Next075: The Secret to Astonishing Faith: Surviving Your Sea of GalileeNext