No Small Saint – The Giant Legacy of St. John Vianney 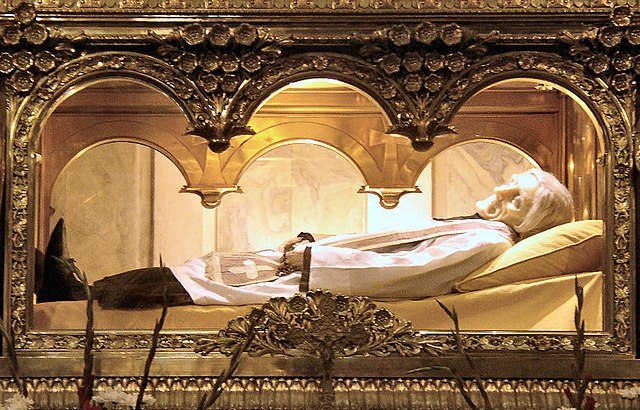 The thing about heaven is that it’s not earth — and that means what we consider important here isn’t so important there. As earthlings still making our way to- ward our final destiny, we have a tendency to exalt attributes — athletic prowess, intellectual gifts, non-receding hairlines — that have little value beyond the here and now.

Natural talents and abilities are nothing to demean, of course, because “every good and perfect gift is from above” (Jas 1:17).

Many of the saints, in fact, were naturally gifted academically, athletically, or in business — and all excelled in holiness. But some of the saints seemed to excel only in holiness. In short, they apparently had no other natural gifts, at least none that caught the eye. This was true of Saint John Vianney, the Curé of Ars, a poster child for the idea that in Christ we are strong in our weakness (see 1 Cor 12:9).

But in his love for God and the Church — particularly the Eucharist — he shows us the things that really matter in this life.

A Talent for Holiness

John Vianney grew up in an impoverished farming family during the French Revolution and the topsy-turvy era of Napoleon that followed. Classrooms were as foreign to John as the English — academically speaking, he was the bottom of the barrel. This was a severe handicap because John wanted to be a priest, and the priesthood and academic prowess went hand-in-hand. His Latin was terrible, and philosophy was his bane.

Once, when John was attending classes to prepare to enter the seminary, a much younger student actually punched him because John couldn’t come up with the answer to a question.47 To say that his future as a priest was uncertain would be a strong understatement at best.

As shocking as it now seems, the patron saint of parish priests was almost not ordained. When he finally did receive holy orders, this man who would eventually spend three-quarters of his life in a confessional was not allowed to hear confessions because of his academic record.48

But what Vianney lacked in intellectual rigor, he made up for in humility. Upon being punched by the younger student, for example, he dropped to his knees, apologizing for his “poor head.”

The future saint made it through pre-seminary studies only because of the unflagging help of his mentor, Father Charles Balley, who recognized John’s holiness.

When Vianney went on to the minor seminary for further study, however, it was like a lamb to the slaughter. The faculty sent him packing after six months with the lowest grade possible. In fact, “it would have been lower,” said one biographer, “but there was no lower grade, so they drew a line through it.”49 Ouch!

Poor Vianney sank into despair, but Father Balley refused to give up. Convinced Vianney had a vocation, he was able to present him for examinations again. After one false start, the future Curé passed and went on to be or- dained.

It was a miracle.

If France had been at peace and not in great need of priests, Saint John Vianney would probably never have reached his goal. But because everything is in God’s hands, Vianney “slipped into history when history was looking the other way.”50

The story of the Curé of Ars is a great reminder that often the world doesn’t know “jack.” Not long after becoming a Catholic I had the opportunity to travel to the little French town of Ars. I was visiting a friend who was studying in a seminary there. Cold, tired, and relatively ignorant about Catholic heroes, I agreed to visit the church of the Curé, but with an interest bordering on indifference.

What I encountered, however, was unforgettable.

John Vianney was a warrior for Christ. I saw where he heard confessions day after day, reading souls like an open book for eighteen hours in a row. I saw the burn marks on his bed frame from one of the numerous times the devil tried to intimidate him. I even saw his barely five-foot-tall incorrupt body! (No doubt he was chosen last for pickup hoops.)

To be honest, I wasn’t sure what to do with all of this at first, but I have a better appreciation now. How can you not be awestruck by a priest who established a school and orphanage for needy girls in the area, selling his pos- sessions one by one in order to provide for them and their teachers? Once he even tried to pull out his own teeth when in jest someone offered him money for them.

He would do anything for his spiritual children.

God loved this generous little priest, rewarding the prayers of the Curé with great miracles. Once, for example, the orphanage, which relied on donations and alms, was down to its final grains of wheat. Vianney, in an act of great faith, scraped together what he could and placed the little mound in front of a statue of Saint Francis Regis, a saint to whom Vianney attributed some of his help in becoming a priest.

He gathered the young children in his care around the little shrine and prayed. When the teacher sent to gather the remaining wheat from the attic opened the door, she was astonished to find grain flowing past her down the stairs. The large attic was so full they wondered how it didn’t collapse.

This turned out to be the first recognized miracle for the future saint.

As with so many other saints, it was the basics that gave Vianney such faith and trust in Our Lord: Mass, confession, and prayer. He didn’t fool around. When asked how best to get to God, he replied, “Quite straight, like a cannonball.”51 And he knew the straightest way to God is through the sacraments.

“Put all the good works in the world against one Communion well made,” said the Curé, “and they are like a speck of dust beside a mountain.”

St. John Vianney, pray for us!

An Excerpt from Louder Than Words: The Art of Living as a Catholic by Matthew Leonard

PrevPrevious122: The Most Controversial Catholic Teaching on the Virgin Mary (and the Ray Comfort Problem)
Next123: A Powerful Guided Audio Meditation from St. Francis de SalesNext