Glory Days? A Huge Mistake We All Make

It’s a speaker’s nightmare. The person in front of you has a better story than yours. I was toast. 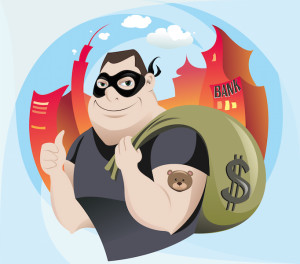 A couple years before I converted to Catholicism, I was preparing to leave for the mission field in Mexico. Like so many before me, I made the rounds to several churches in the hopes of gathering some financial support. I’ve generally experienced success when a mic is put in my hand (karaoke excluded), but this time I was in trouble.

As luck would have it, there were two people speaking to this Protestant audience that Sunday. I was second.

I am/was a very clean cut pastor’s kid. That made me somewhat of an anomaly.  “PK’s”, as we’re called, are a notoriously rowdy bunch. Since dad and mom are normally doing tandem duty for the church at all hours, the kids often become rebellious. (They’re a great argument for a celibate priesthood.) So I was pretty confident my status as a “good” pastor’s kid was a good, interesting angle. At least, that’s what I thought until I heard the first guys’ opening line – “I was a bank robber.”

Suddenly I didn’t seem so unique. My story was banal. Who would support me when this guy had been so bad and come back to God? Why hadn’t I set fire to something? Why hadn’t I at least broken into my school, or heisted a gum ball machine? I should’ve sinned more!!!

It was ludicrous. I actually wanted to have been worse than I already am. (Anyone who knows me can tell you that I’ve got quite a few warts. I’m not perfect. (Gasp!) I know, right?)

My point in this story is that all too often we glorify sin. How often do we love to reminisce about how bad we were, as if it were cool. “I did this….I did that.” That’s not only dangerous. It’s sinful itself.

Sin is ugly. It’s awful. It’s an affront against the good and loving God who constantly puts all of his energy into saving us from it. To glory in our unseemly past is to diminish our glorious future. So let’s all try to turn away from the evil we’ve done and focus on what is holy.

P.S. Don’t forget to grab a FREE copy of my talk Writing Straight With Crooked Lines: How God Saves You Even When You’ve Been Really Bad. Just enter your name and email in the box at the top of the page.

PrevPrevious005: Curveball – The Conversion of Taylor Marshall
Next006: Bible Basics With John BergsmaNext