Who is Matthew Leonard? I’m a Catholic author, speaker, filmmaker, and Founder of Next Level Catholic Academy, an online platform where I help Catholics transform their spiritual lives and grow toward sainthood.

I also host a podcast on iTunes titled, “The Art of Catholic“, which is listened to in over 180 countries…and counting.

You might also hear me on one of the many radio and television interviews I do regularly on outlets such as EWTN, Relevant Radio, CBS, the Covenant Network, Immaculate Heart Radio, and SiriusXM, to name a few. 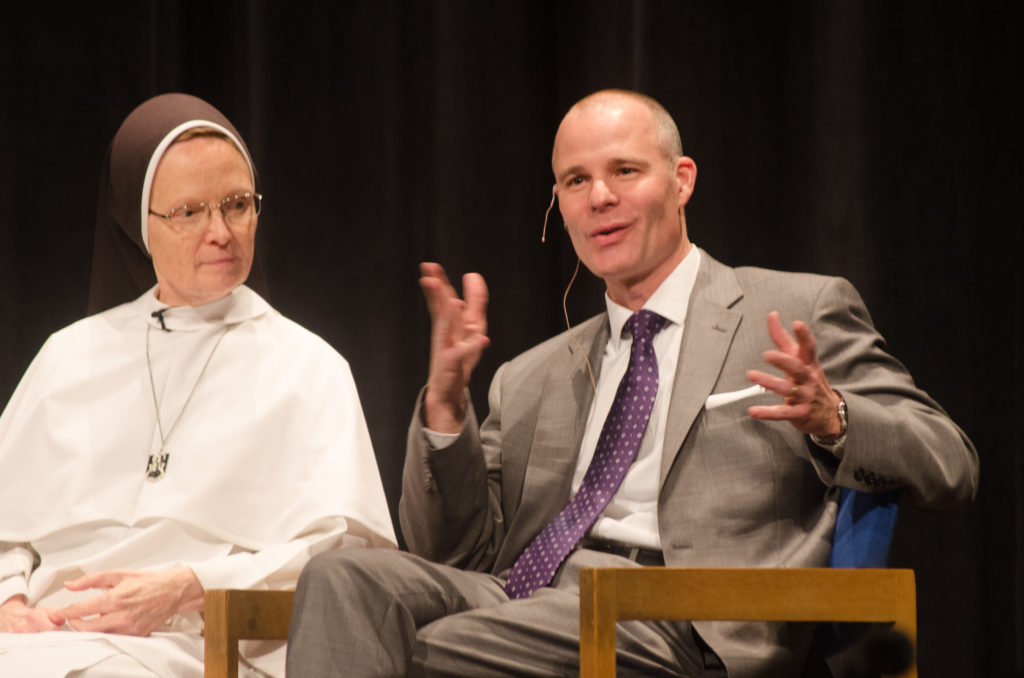 I’ve also penned a number of articles for various Catholic outlets, but one of the coolest things ever was when an excerpt from my first book, Louder Than Words: The Art of Living as a Catholic, was published in the Magnificat.

I mean, seriously, my entry was alongside meditations by St. Catherine of Sienna, C.S. Lewis, and Blessed John Henry Newman. Crazy. Since then, I’ve published a second book titled Prayer Works! Getting a Grip on Catholic Spirituality. Without a doubt, talking about prayer and the spiritual life are my favorite topics. 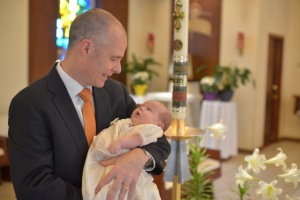 As you’ve probably noticed, the Catholic faith is the foundation of my life, both personally and professionally. It didn’t start that way.

I’m a Protestant pastor’s kid and former Evangelical missionary who converted to Catholicism in 1998. Greatest thing I ever did…by far.

I’ve got a beautiful wife (really beautiful) and six rugrats who keep me busy. I love ’em all to pieces.

Lastly, I’m a proud native of Texas. My wife and I were actually born in the same Dallas hospital. Now I live in Ohio, which has unfortunately destroyed my drawl.