I was recently asked by Terry Barber, an EWTN radio host and friend, if I celebrate Christmas any differently as a Catholic as opposed to when I was Protestant. It’s an interesting question. 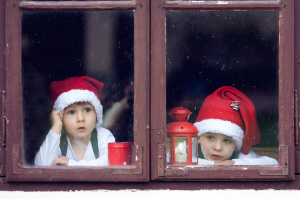 I was actually supposed to be on Terry’s radio show this last weekend talking about this very thing, but I came down with a terrible flu. (As if there is a non-terrible flu.)

Because most Protestants have no liturgical calendar, everything (in my experience anyway) was mostly all about Christmas day. There’s little preparation. Little anticipation.

Frankly, I think this is one of the reasons that Christmas kind of always disappointed. There’s all kinds of build up to this one day – maybe go to a Christmas service, maybe read a passage from the Bible before you eat, people come over, you open some presents, you watch some tv, and it’s over.

And there’s always such emphasis on the presents that if you don’t get something really good, then it wasn’t really a good Christmas.

Of course, if I had been a more holy youth I would have been more focused on Jesus than presents. And I’m sure a lot of our Separated Brethren are far more focused than I was. But my point is that the lack of Advent preparation made it more difficult for me to focus in on what was most important.

The liturgical calendar helps us prepare. Just like Easter is sweeter when you fully embrace Lent, Christmas is more glorious when you dive into Advent.

So here are 5 ways to help you and your family prepare for Christmas:

1. Bring out a creche and hide baby Jesus. This helps the little ones understand that we’re awaiting Jesus’ coming into the world. Also, the kids like to play with the figures. So if you haven’t bought one, get one that’s not breakable. We have the Fontanini set. So during Advent and Christmas they often forget about Legos and play with Mary, Joseph, the animals, the angels. It’s great!

2. Pray around an Advent wreath every night. We sing “O Come, O Come Immanuel” and pray a Hail Mary. The kid’s love it. Candles, Mystery, darkness and light. If we forget to do it for some reason, they remind us. (They also fight over who gets to blow out the candles.)

3. Advent calendar with chocolate. It makes the days of Advent fun and something special.

4. It’s a little late now, but every year we really celebrate St. Nicholas Feast Day (Dec 6). My wife sets it all up with stockings full of candy and other goodies. It’s a great day of fun that helps make Advent fun and reminds us that St. Nicholas isn’t some rotund figure in velour you pay money to talk to for 30 seconds in the mall.

5. A few times we’ve had the kids each pick a charity for us to donate to. This teaches them that “it is more blessed to give than to receive” (Acts 20:35).

The point of all of this is that the EVENT of Christmas starts before December 25th. In fact, December 25th isn’t even the end. Don’t forget that we go on to celebrate the entire octave of Easter. Christmas is just the beginning, both of the celebration and our salvation!

Have a blessed rest of Advent!

P.S. If you have a favorite Advent custom, please share it in the comments section below.

In the fifteenth and sixteenth centuries, the native people of Mexico City suffered conquest first by the Aztecs and then by the Spanish conquistadores. It was the custom of the Aztecs to harvest the conquered people as victims for human sacrifice, offered to the snake god Quetzalcoatl (Qweztzel-coh-AH-tul). 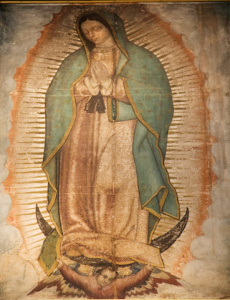 By the Aztecs’ own account, this cost a quarter of a million human lives per year. In the dedication of just one temple, a celebration lasting four days, they slaughtered more than eighty thousand men and women.

As you can imagine, these native peoples lived a life of natural and supernatural terror.

Yet the fear of their idols kept them trapped in idolatry, and they resisted conversion to the Christian faith. The best efforts of brilliant missionaries proved basically ineffective.

Then, in 1531, the Blessed Virgin Mary appeared in Mexico City to a peasant man named Juan Diego.

He was an older man, a simple man, a convert to the Catholic faith, and he was hurrying on his way to Mass when Our Lady appeared. She asked him to go to the bishop and request that a church be built in her honor on that very spot at Tepeyac (Teh-PAY-ak).

The bishop was skeptical and asked Juan Diego to provide a sign that the vision was authentic. You can’t really blame him. It was quite the story. (What would you think?)

So when Juan Diego next saw Our Lady, she filled his overcoat with roses — even though it was winter and roses were out of season.

When the bishop took the roses from Juan Diego’s rough garment, the men saw that Mary had miraculously left her image on the fabric.

Juan Diego’s overcoat wasn’t from Nordstrom, Land’s End, or any other major retailer known for quality products. It was made of cactus fiber. (You wouldn’t even find that at Walmart.) So the relic shouldn’t have lasted fifty years. Let’s be honest, after five years it should have been falling apart.

But now it’s lasted half a millennium, and her image still looks with eyes of mercy upon hundreds of thousands of pilgrims.

What happened in the wake of Juan Diego’s visitation? Well, the bishop built the church at Tepeyac, of course. And soon nine million native American people embraced the Christian faith.

The entire continent converted to Catholicism. Where the missionaries and the military had failed, a poor man succeeded — with the assistance of his Blessed Mother.

It’s funny how little things change in 500 years. People all over the world (especially the unborn) face the threat of persecution and slaughter. A major wave of conversion is once again needed.

But never forget that conversion always begins with us. Before worrying about the world, we must worry about ourselves.

We must ask Our Lady of Guadalupe to move our hearts closer to her Son. Only when we have been personally converted can Mary use us, like Juan Diego, to bring souls to her Son.

P.S. Much of the above post comes from a brand new video Scripture study called The Bible and the Virgin Mary which will debut in Lent 2015. The study is part of the Journey Through Scripture program from the St. Paul Center for Biblical Theology (founded by Scott Hahn). It will be distributed by Lighthouse Catholic Media.

Yours truly (that would be me) has the privilege of presenting the study. Check out the Journey Through Scripture promo with me and Scott Hahn! 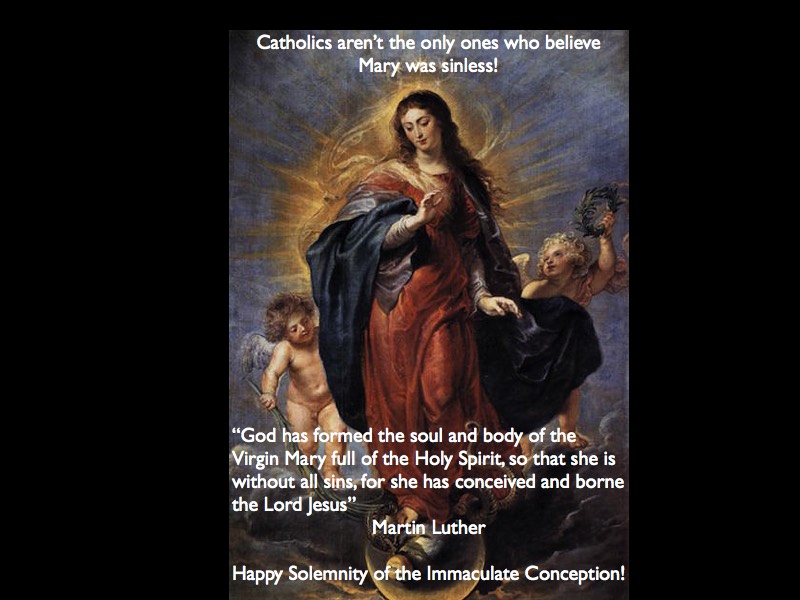