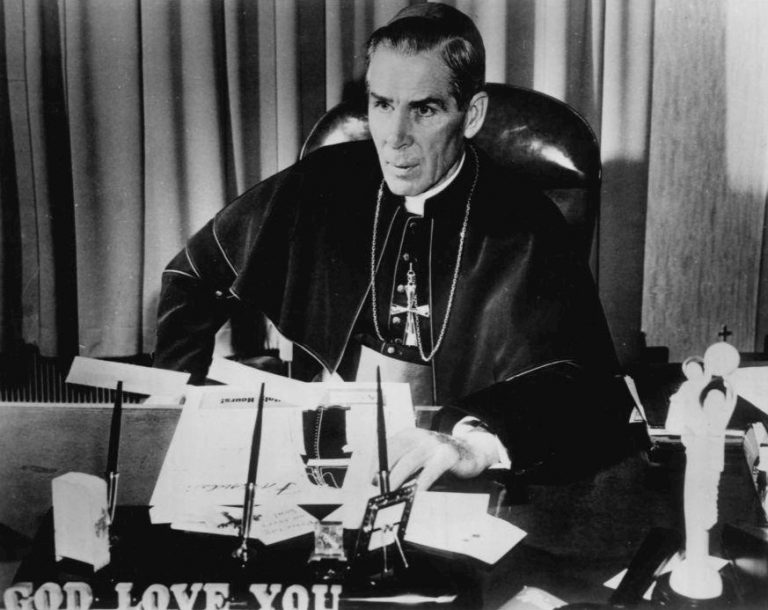 While a Youtube video with a million views is considered wildly popular, Archbishop Sheen played to many millions every week!

So let’s just say he’s easily one of the top evangelists of the modern (or any) era.

But it didn’t just happen. He had a secret weapon.

Get 2 Totally FREE weeks of Powerful Spiritual Instruction Right Now in the Science of Sainthood!

No credit card. No strings. No nothing…except incredible spiritual formation that will set your soul on fire!

“Beyond what I ever could have imagined!”

That weapon was a deep prayer life that took a very specific form.

And it’s something we can and should emulate.

So today on the Art of Catholic podcast, I invited Catholic speaker and board member of the Archbishop Fulton John Sheen Foundation, Allan Smith, to help us peek into the prayer life of this (Lord-willing) soon-to-be saint.

Some of the things Allan and I discuss include:

This is a pretty powerful and inspiring episode. Enjoy it and then share it!

P.S. DON’T BELIEVE EVERYTHING YOU READ!…Like the date on the graphic below:). This trip has been moved to MARCH 6-15, 2022. I’ve also got a pilgrimage to Poland in April 2022. Check them out at https://www.pilgrimages.com/nextlevel/.

PrevPrevious112: Developing a Powerful Theology of Home
Next114: Can You Really Suffer with Joy & Tame the Tongue?Next